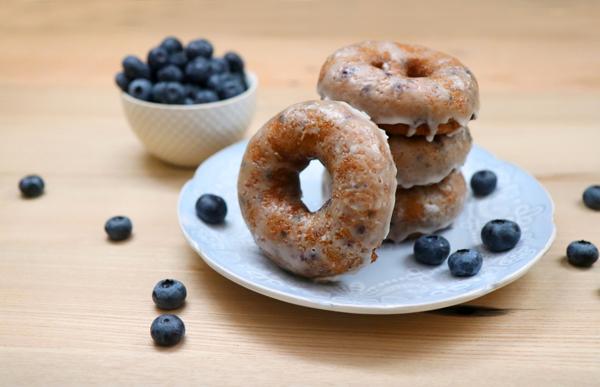 The flavor fits with the series’ goal of creating ice cream representative of the best parts of Michigan, with ingredients sourced from local artisans. Michigan is one of the nation’s leading blueberry producers, with 100 million pounds of blueberries grown each year.

“Not only did the blueberry donut pieces pop when mixed with our ice cream, but we’re tapping into a flavor strongly associated with Michigan. Bowerman Blueberries has been an amazing partner through this creation process, and we can’t wait for our fans to taste this genuinely good flavor for themselves.”

The Bowerman’s Blueberry Donut flavor will be available on Tuesday, July 24, when Hudsonville Ice Cream hosts a birthday celebration for the City of Detroit. The event will run from 11:30 a.m. to 1:30 p.m. in Cadillac Square

The Michigan Artisan Collection will feature three flavors, with the other two flavors set to be announced this year.

“Our family has been growing blueberries in West Michigan since 1954, so we have a long history of delivering local flavors to residents and visitors to the Holland area,” said Kassie Grasmanis of Bowerman Blueberries and granddaughter of the founders.

“We were thrilled when Hudsonville Ice Cream reached out to us for a potential partnership and we are so pleased to see this flavor come to life for people across the state to enjoy.”

Hudsonville has made a habit of creating Michigan themed flavors. All-season favorites include Mackinac Island Fudge and Traverse City Cherry Fudge, as well as a Vernors-infused Detroit-flavor called Comeback Cooler.

Where to find Bowerman’s Blueberry Donut:

This site uses Akismet to reduce spam. Learn how your comment data is processed.