This is a great conversation with industry leader Matt Wilcoxon of Johnson’s Real Ice Cream.

I have had the pleasure to work with Matt and his family since i moved to Columbus, Ohio in 1982.  (My audio starts a little rough, but kicks in after a few seconds.)

Matt Wilcoxon, 4th generation ice cream maker, from Columbus, OH, USA, talks about his families ice cream plant and how his dairy stays clean and how you can do the same; no matter how small your ice cream business is.

Listeria is nothing new, says Matt, just how we treat it.  Sit back and listen to how Matt and his dairy maintains a Listeria-free dairy plant and his thoughts on how the industry is working together to keep ice cream a healthy treat.

The Wilcoxon family has been a great customer of C. Nelson mobile and in-store cabinets for many years.  C. Nelson Mfg., Co, is a proud partner in the listeria clean program at Johnson’s diary and retail shop.

Inspectors from the U.S. Food and Drug Administration have again found Listeria at the Jeni’s Splendid Ice Creams manufacturing facility in Columbus, OH. Two of the 75 environmental samples collected there on Jan. 26 were positive for Listeria monocytogenes, according to an Aug. 9 warning letter that FDA posted on Wednesday. The positive samples were taken from the… Continue Reading

If you make your own Homemade ice cream……be ready for change.

The frozen dessert was pulled from the market four months ago.Jamie Squire/Getty ImagesAt the end of this month, containers of Blue Bell ice cream, a staple in Texas and other states, will finally return to store shelves. The company’s ice cream has been absent from stores for four months after a wide recall over listeria concerns.

The rollout will happen gradually, reports member station KERA, beginning with Homemade Vanilla being sold in some Texas stores next Monday. Other flavors will soon follow; the company says it will expand distribution as it upgrades its production facilities.Reporting the news today, the Dallas Morning news added, “This is not a drill.”KERA’s Eric Aasen writes: “The first areas to get the ice cream? Brenham, where the company started in 1907, as well as Houston and Austin. Ice cream will also be sent to stores in Alabama (Birmingham and Montgomery), where the ice cream is being produced. North Texas and southern Oklahoma will be next, followed by stores in southwest Texas and central Oklahoma.”Before a succession of recalls hit Blue Bell this spring, the company had been selling its frozen desserts in 23 states.

The new plan calls for its products to re-enter markets in 15 states, KERA says.After the Centers for Disease Control and Prevention said it had traced eight related cases of listeria over a period from 2011 to 2015, Blue Bell expanded a voluntary recall to include all of its products — including ice cream, frozen yogurt and sherbet — and all of its production plants.

Blue Bell ice cream is another step closer to being back on store shelves.

The Alabama Department of Public Health has “no restrictions” on the sale of Blue Bell ice cream made at the company’s Sylacauga plant, a health official said early Wednesday.Related A step closer to returning, Blue Bell turns on the machines for test runs at Alabama plant Letter shows Fort Worth billionaire will lend up to $125 million in Blue Bell bailout Fort Worth billionaire Sid Bass makes ‘significant’ investment to bring back Blue Bell FDA releases findings at Blue Bell plants; CDC officially ends investigation Blue Bell plants in Alabama, Texas and Oklahoma have been shuttered since April, when the company launched a major clean-up and revamp effort.That move followed the discovery of Listeria in some product that has been linked to illnesses in at least 10 hospital patients. Three of them died.No Blue Bell product has been sold through regular retail channels since April.The Alabama plant, which is smaller than the main plant in Brenham, has been testing product since last month.

As Blue Bell Creameries prepares to resume production of its ice cream after a sweeping recall, its mistakes are fueling broader rethinking of how to keep ice cream and other foods free of deadly bacteria.

We wish them well…..

UPDATED at 5:44 p.m. with a response from Blue Bell. Blue Bell Creameries is planning a trial run at its ice cream plant in Alabama as early as the week… 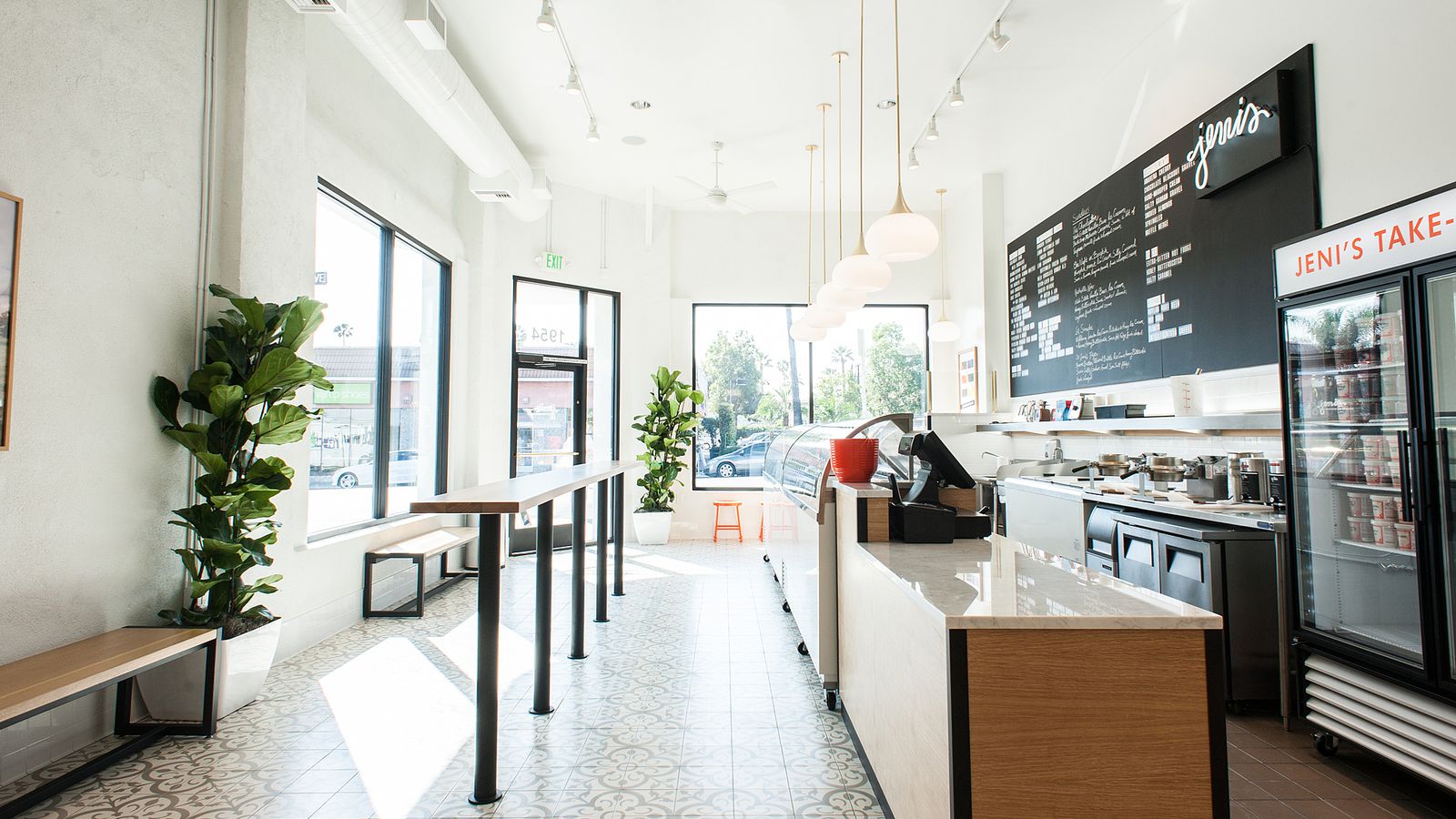 The Los Feliz scoop shop has closed up twice.